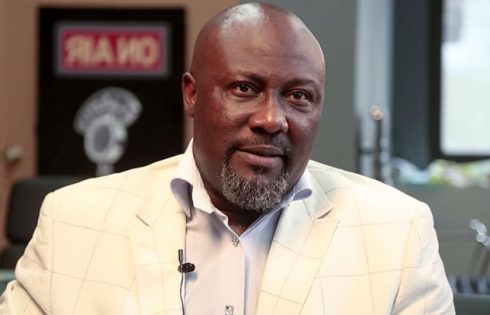 The Management of Ahmadu Bello University Zaria has announced it will make a statement regarding allegations that Senator Dino Melaye did not graduate from the university.

The Information Officer of the university, Mr. Adamu Muhammed, said that ABU would make a formal statement on the issue today.

“We are gathering all the facts from the faculty and the department concern and we will issue a press statement tomorrow (today),” Muhammed said.

The statement, when released, will add a new dimension to the claims that Melaye had obtained a fake certificate due to inability to graduate from the institution.

The Senate had, on Tuesday, announced it would investigate the allegation, noting that similar issues in the past had been probed by the Legislature.

The move to investigate is based on a point of order inititated by Senator Ali Ndume at the Senate Plenary session on Tuesday.

“Now, that brings me to the second matter. In the National Assembly, here in the Senate of the 4th Assembly, Enwerem was accused and it was also investigated. Wabara was accused of collecting a bribe and it was investigated and determined. So, a lot of precedence had been set. Now, the second matter of privilege affects my colleague, Sheikh Dino Melaye, and it is in The Punch of today (Tuesday) on Page 10; I have the newspaper. In The Punch, it says, ‘Dino Melaye in first degree certificate scandal.’”

“Therefore, accordingly, I will appeal we refer the matter to the Ethics and Privileges Committee to investigate so that our colleagues would be cleared and this Senate will stand as it is supposed to.”

Melaye, however, said he is open to being investigated.

“I have my admission letters, results, certificate of discharge from ABU. Not only that, I was the Student Union Government President of ABU. On three occasions, I was the most popular student on campus.”

By our reporter| Delta state governor and vice-presidential candidate of the Peoples Democratic Party (PDP), Ifeanyi Okowa, has explained why he accepted to be…

Bandits on Thursday invaded communities on the outskirts of the federal capital territory, Abuja burning two tractors and abducting 22 farmers. According to Daily…