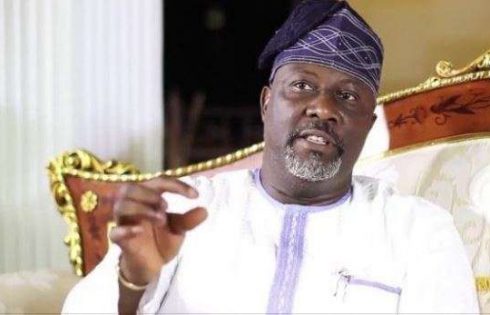 The London School of Economics has refuted claims made by Dino Melaye that he is a graduate of the school.

An exclusive report by Sahara Reporters revealed that Melaye, a Nigerian Senator, had fabricated claims of attending the London School of Economics.

Candy Gibson, Senior Media Relations Officer at the LSE, stated that “We have checked our records and can find no evidence of Dino Melaye having any degree qualification from the London School of Economics and Political Science.”

Senator Melaye, known for his flamboyance, had claimed severally in recent past that he has seven degrees from different institutions of repute, including Harvard University and the London School of Economics.

Melaye, who represents Kogi West Senatorial District, had come under scrutiny after a report leaked in the media that he did not graduate from the Ahmadu Bello University Zaria, Nigeria as claimed.

See also  Why EFCC quizzed, released me on bail- Saraki

Management of ABU had initially promised to issue a release on their findings regarding the scandal on Melaye’s claims of being a graduate of the institution; however, the university (ABU) backed out from its promise, further raising suspicion that something may be fishy regarding Melaye’s claims.

Harvard University has, also, dissociated itself from Melaye regarding claims that he graduated from the institution. The registrar’s office at Harvard said that though Melaye once participated in a week-long leadership seminar held at the university in November 2016, that neither confers the status of a student or a graduate on him, thereby making claims of being a graduate of the institution falsehood.

The Nigerian Senate is, however, investigating claims that Melaye had fraudulently obtained the ABU certificate which he claims to have earned.