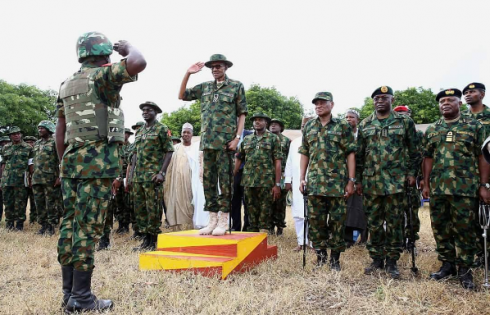 Nigeria’s President Muhammadu Buhari has announced that he will visit Sambisa next week as part of plans to declare open the Nigerian Small Arms Championship holding from March 27 to 31.

The Championship is meant to keep the soldiers alert and in readiness of attacks by terrorist groups.

Major General David Ahmad, Chief of Training and Operations at the Nigerian Army headquarters, made the president’s statement known on Friday.

“It is a championship among the formations of the Nigerian Army, the objective of the event is to sharpen the marksmanship skills of the army personnel.

“All formations of the Nigerian Army will be competing with the best carting away the prestigious Chief of Army Staff trophy.

“Furthermore, the championship will also mark the commencement of the ongoing plan to move speedily and make the Sambisa forest general area safe for habitation.

“It is also to make the place an area for the Nigerian Army training activities, he said.