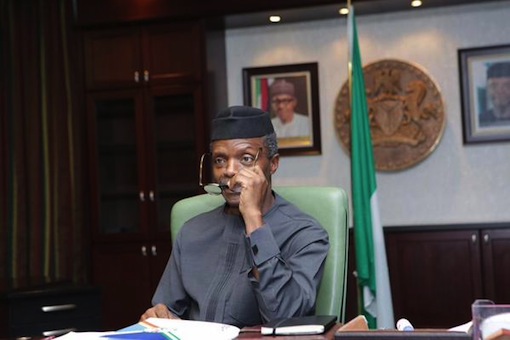 Nigeria’s Vice President Yemi Osinbajo has released the operational guideline on how the committee for the probing of the Secretary to the Government of the Federation, Babachir Lawal, and Director General of the National Intelligence Agency, Ayo Oke, will operate.

The committee for the probe was raised by President Muhammadu Buhari. Prof. Osinbajo, said on Saturday, through his spokesman, Laolu Akande, that the committee would “invite all relevant officials and private individuals who may be connected to both cases.”

Osinbajo also said that the committee would “obtain and scrutinize documents that may throw some light on the issues raised in both cases.”

The proceedings of the committee will be closed to the public in order to enhance the process, avoid speculations, and allow for full disclosure, the vice president noted.

According to the VP, the committee “will conduct its work with utmost diligence and without fear or favour” and submit a comprehensive report to President Buhari at the end of the 14-day deadline given to it.

PRESS STATEMENT ON THE WORK OF THE PRESIDENTIAL INVESTIGATIVE PANEL

The Presidential Committee ordered earlier this week by President Muhammadu Buhari to probe certain allegations against the Secretary to the Government of the Federation, Engineer Babachir Lawal, and the Director-General of the National Intelligence Agency, NIA, Mr. Ayo Oke has commenced its work in earnest.

President Buhari on Wednesday established the three-man panel headed by Vice President Yemi Osinbajo, SAN, with Attorney-General & Justice Minister, Abubakar Malami and National Security Adviser, Rtd Major General Babagana Munguno as members, to investigate allegations of legal and due process violations made against the Secretary to the Government of the Federation, SGF and the discovery of large amounts of foreign and local currencies by the Economic and Financial Crimes Commission, EFCC, in a residential apartment in Ikoyi, Lagos.

In the discharge of its work, the panel is expected to invite all relevant officials and private individuals who may be connected to both cases. It will also obtain and scrutinize documents that may throw some light on the issues raised in both cases. All its proceedings will however be in closed sessions to avoid speculations, allow for full disclosure and enhance the pace of proceedings.

The panel which is expected to submit its report to the President at the expiration of the 14-day deadline, will conduct it’s work with utmost diligence and without fear or favour.

Senior Special Assistant on Media & Publicity to the President

Office of the Vice President