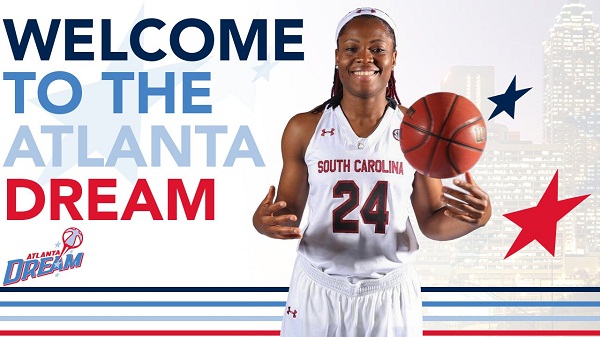 The Atlanta Dream have signed Sarah Imovbioh to a training camp contract, the team announced on Tuesday.

Imovbioh made her professional debut for C.R.E.F. Hola during the 2016/2017 season where she averaged near double-doubles in points and rebounds. The Nigerian-born forward recorded 10.0 points and 9.6 rebounds per game for the Spanish team in 26 games.

Prior to entering into the professional ranks, Imovbioh was a member of the 2015/2016 South Carolina team that reached the NCAA Women’s Sweet Sixteen, where she contributed 4.3 points and 5.0 rebounds and featured in every game during the tournament.

The 6’2 forward also played at Virginia from 2013 to 2015, where she ranked top 15 in rebounding and top 10 in field goal percentage in the Atlantic Coast Conference for three straight years.