Barring any unforeseen development, President Muhammadu Buhari will contest the 2019 Presidential elections, according to a source who has been briefed on the matter.

The elephant in the room against President Buhari’s re-election bid was his health, a development that kept him away from the shores of Nigeria for more than three months but with his miraculous recovery,  ”The Buharists”, a group of some of his fiercest supporters have convinced the President to seek a second term, Alabingo.com has learnt.

The arrowheads of the group, include Mallam Nasir El Rufai of Kaduna State, Abdull’aziz Abubakar Yari of Zamfara, Rochas Okorocha of Imo State, Ibikunle Amosun of Ogun State, Kashim Shetima of Bornu State and the Minister of Transport, Chibuike Amaechi.

Ambassador Baba Gana Kingibe, MKO Abiola\s running mate in the annulled June 12, 1993, Presidential elections, a man our source said is a ”silent fixer” in Aso Rock politics, is believed to be actively involved in the scheme.

The group has already set in motion the machinery to raise the required fund for President Buhari’s re-election bid.

Towards the end of September, our source informed Alabingo.com that the cat was let out of the bag, when a young contractor known within the corridors of power in Abuja visited one of the ministries on a routine contract related meeting but was directed to see an unnamed “a very important official in Abuja“, an unusual development for the well connected young man.

At the meeting, he was told that

”Baba will seek a second term and that people like him will be relied upon to support the re-election efforts of the President since he is not ready to fund the project from the public treasury”.

He was further briefed that the jobs available will be awarded to those willing to commit to the project. Having pledged his support, he was told that he will be contacted in three weeks and exactly three weeks later, he received a call to return to Abuja.

On his return, he informed our source,

“Baba is running, if Jesus tarries, make no mistake about that”.

The subject of President Buhari’s second term bid was kept on the back burner by the ruling All Progressive Congress until recently because of the President’s ill health but ”it was always on the cards”, the source said.

This week alone the Party held its caucus and the long overdue NEC meetings, the second since the Party was elected into power over two years ago, where the President promised party faithful of expanding his cabinet and filling vacancies in government agencies and parastatals. An obvious campaign move!

At the NEC meeting, the party overwhelmingly passed a vote of confidence on President Buhari but sources at the meeting told alabingo.com that some governors pushed for the adoption of the President as the sole candidate of the Party in 2019, however, the idea was gently dropped. 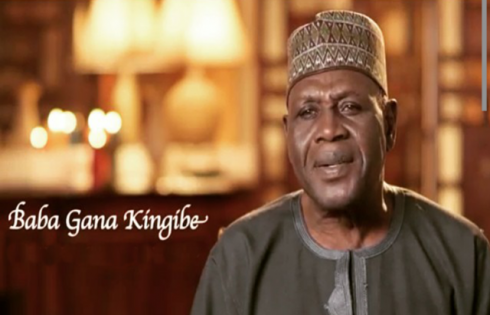 Recently, the President hosted members of the Buhari support group at the Villa, at the end of the meeting, the group’s leader, Abu Ibrahim announced that 189 groups has endorsed Buhari for a second term.

APC’s majority leader in the National Assembly, Ahmed Lawan who attended the meeting of the Buhari support group said that President Buhari had no choice but to contest the 2019 election.

But when contacted on the issue on Friday afternoon, Femi Adesina, the special adviser to President Buhari on media and publicity said he is not aware of the development given that he is not a politician.  Adesina said, ” I am not aware of that”.

He continued, ” I am not a politician and have no intention of being involved in politics, so I can’t comment on that”.