Governor Udom Emmanuel says the delay in rounding up the phase one of the ongoing Eket Remodeling project was to ensure delivering of quality project that will stand the test of time and weather.

The governor, represented by his works commissioner Mr. Ephraim Inyang-Eyen during project inspection of the area yesterday explained that the massive underground drainage system being constructed there is another factor dragging the project.

According to the commissioner, “The remodeling as many people will understand the project is slow, two reason account for this. One is the massive underground drainage system which depth is five feet down buried underground. If we are not able to finish the underground drainage and complete the road, flood will overrun the road. 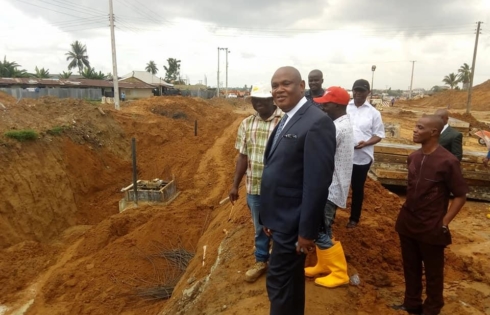 Works Commissioner at the project site

He further highlighted, “We are not ready to do any shoddy job because we have announced that any road we do, we take into consideration the control of flood. We are hopeful and have given Nigerpet Company marching orders that by this time next week we want them to get to the point we have paid compensation in order to push the job forward.

“Whenever we pay, we excavate for drainages immediately. Moments we get to the Eket Post Office, the rest of the job will be lighter. Now at phase two from Hospital road, there are few obstructions which may reduce our speed. At the hospital road and other roads in phase two, we will be doing surface drainages to bring water into the underground drain because when we stretched to Liver Pool road and collect all the water to the underground drainage, the job is as good as done.

Mr. Ephraim Inyang-Eyen who also inspected other ongoing road projects in Eket said about nine roads are ready for commissioning by the governor. 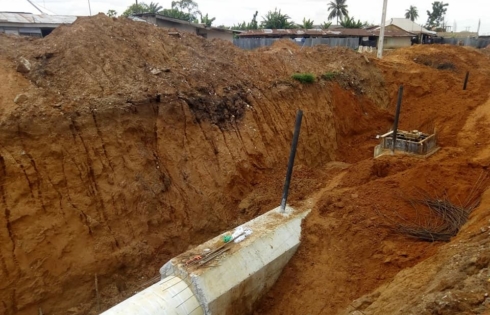 A section of the road under construction

You see that Edem Udo road have been completed among others. The job we started at Idua, which is 3.3Km, I must say I was not satisfied with the drains and have called the contractor to correct it immediately.

We also did direct labour, resurfacing of Ekpene Ukpe road and SDP roads.

In Ikot Udota road, I must tell you that I am not satisfied with the job done by the contractor. 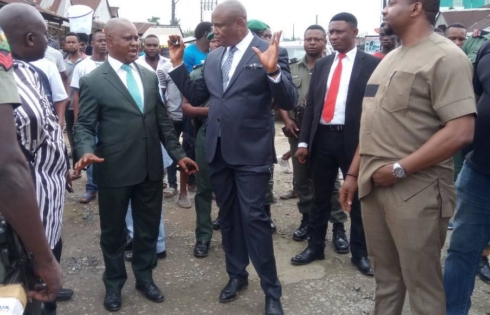 The Heritage Polytechnic road had been completed but on the major adjourning road, I discovered that the contractor is having issues with storm water. I have given him some suggestions and hopes he carries them out.

The commissioner who also visited the Aka community road which is about 3.3 Km with drainages on both sides and additional six hundred meters of drainages said the job will soon be completed for the Governor to commission it.

“The jobs are ongoing but we have issues with rain. We are hoping that God shall grant us at least three days of sun in a week so that we can put pressure on our contractors, the equipment is there but we need the sun to enhance their job”.