After dividing themselves into three squads, more than a hundred gunmen stormed a Nigerian prison, using explosives to blast through a wall and free dozens of jailed jihadists.

But the assault did not take place in some remote town in the country’s violence-torn northeast.

Instead, the raid unfolded just 40 kilometres (25 miles) from the residence of President Muhammadu Buhari and 20 kilometres from the capital’s international airport.

As brazen as it was sophisticated, the attack is a humiliation for Nigeria’s security forces, analysts say.

They see it as a sign of the jihadists’ growing ability to threaten regions beyond the northeast, the heartland of a 13-year insurgency.

The July 5 assault, claimed by IS affiliate ISWAP, targeted Kuje prison, a medium-security jail on the outskirts of Abuja.

“Kuje, in particular, sends a clear message from ISWAP: they are capable of hitting Abuja at will.”

The raid happened hours after bandit gunmen ambushed a presidential convoy of staff preparing for Buhari’s visit to his home state of Katsina, in another illustration of Nigeria’s security crisis.

The country’s multiple conflicts, from jihadists and bandit militias to separatists, will be a major part of the February 2023 election to replace Buhari — a former army commander whose rise to power was partly based on his image as a strongman.

– ‘Came in numbers’ –
In the Kuje attack, residents reported blasts and gunfire shortly after 10 pm.

Gunmen engaged prison guards in a firefight, another group went to free comrades while a third secured the perimeter and burned security vehicles outside, prison and security officials said.

“They came in their numbers, they divided themselves into three,” correction services spokesman Abubakar Umar said.

The attack freed hundreds of inmates from the general population — many of whom were recaptured — as well as dozens of jailed jihadists, prison authorities said.

Corrections services on Friday released wanted pictures of 69 individuals jailed on terrorism charges, prompting Ghana to warn its immigration officials of attempts by Nigerian escapees to enter the country. 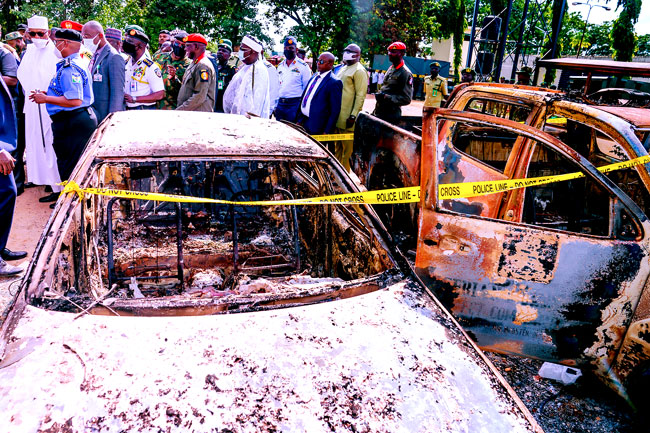 Members of the al-Qaeda-allied Ansaru militant group were also in the prison.

Visiting the prison briefly last week, Buhari himself asked how such an attack could happen.

The Nigerian leader has been under growing pressure over the overstretched military’s response to the insecurity.

An emergency presidential meeting with top officials called for a probe into Kuje, but critics pointed out there was no shake-up of the security management.

“The attack on this correctional facility is symptomatic of the failure of security,” Senate President Ahmad Lawan said during a visit to Kuje.

“It may not be far away from an insider job.”

– Evolving threat –
The last major attack on Abuja was the bombing of a shopping mall in June 2014 in which 21 people died. Two months earlier, more than 80 were killed in a bus station blast.

When Buhari first came to office in 2015, Boko Haram controlled swathes of territory in Borno State. With Chadian troops, Nigerian forces pushed them back into forest hideouts.

Since then, the jihadist threat has evolved, analysts and security sources say.

ISWAP has consolidated its position after Shekau’s death and this year claimed attacks far from the northeast.

Its claimed operations include several attacks in north-central Kogi State, which borders the federal capital region, and other regions. 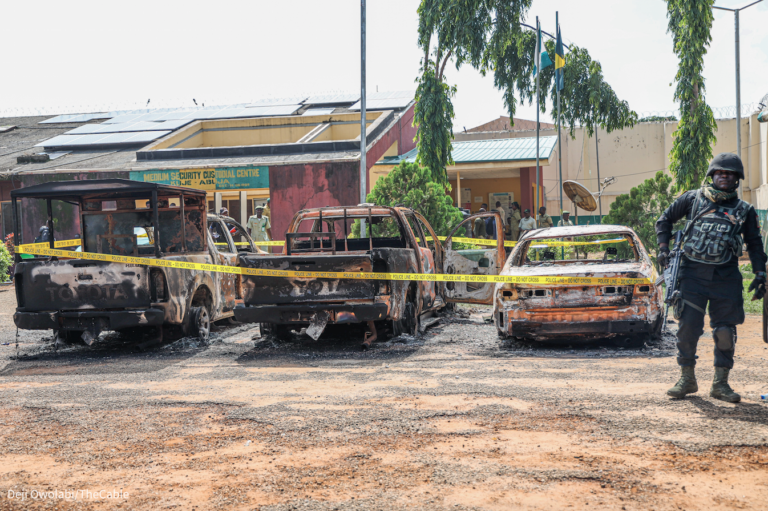 “For the first time since its formation in 2016, ISWAP has carried out attacks in Taraba, Kogi and Niger states and Abuja. These were all in 2022,” Malick Samuel, a regional researcher for the Institute for Security Studies (ISS), said in a note.

Complicating the threat, heavily-armed criminal gangs known as bandits are constantly raiding villages and carrying out mass abductions for ransom in northwestern and central regions with little state presence.

Those gunmen kidnapped 22 farmers last month from villages outside the Abuja capital area near Niger State.

“Abuja is encircled by states like Niger and Kogi where there have been previous jail breaks and terror attacks,” said Don Okereke, a Lagos-based security analyst, and retired military officer.

Al-Qaeda affiliate Ansaru has also been re-establishing its presence in Kaduna State and in Kogi, security sources have said.

Some escapees were bombmakers and senior militant members, the source said.

“The attack will naturally embolden them,” the source said. “It is a huge morale boost for them.”