By our reporter| The names of Senate President Ahmad Lawan, former Minister of Niger Delta Affairs, Godswill Akpabio, and Ebonyi State Governor, Dave Umahi were not included in the list and particulars of candidates contesting the various positions at the federal level in the 2023 general elections published by the Independent National Electoral Commission (INEC).

The trio contested and lost the presidential primaries of the All Progressives Congress but have efforts to reclaim the APC senatorial seats in their states.

But speaking on Channels Television’s Politics Today on Friday, an INEC National Commissioner, Festus Okoye, said the commission is not obligated to publish the name of candidates that did not emerge from valid party primaries.

Okoye, however, disclosed that INEC has not published the final list of validly nominated candidates. 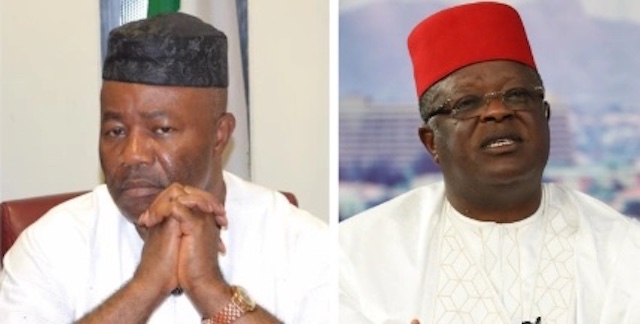 “The final list of validly nominated candidates will be published by the Independent National Electoral Commission on the 20th day of September, 2022. And that is for presidential and national assembly candidates.

“What the Commission has published, as of today, complies with Section 29(3) of the electoral act which says that the moment political parties comply with the provision of Section 29 (1) of the electoral act in terms of the submission of its validly nominated candidates, that the Commission shall publish the personal particulars of such candidates in the constituencies where the candidates intend to contest election.

“So that is exactly what we have done. And we published the personal particulars of candidates that emerged from valid party primaries. And that’s what the law says we should do.