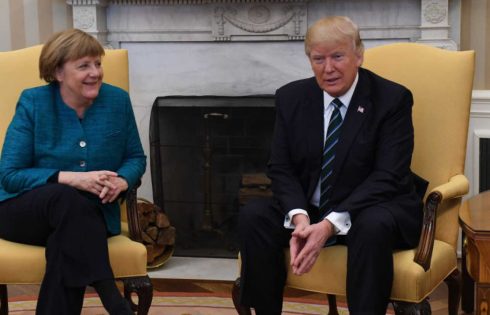 United States President Donald Trump has insisted that former President Barack Obama spied on him in a new claim that revealed German Chancellor Angela Merkel was also being wiretapped by the Obama administration.

“At least we have something in common perhaps,” Trump said during his first meeting with Merkel referring to his German counterpart being monitored by his predecessor.

In spite of Trump’s claims, Republican and Democratic congressional leaders have said they do not believe Mr Trump was wiretapped.

Though Trump delved into other topical area involving trade and NATO, his assertion that Obama wiretapped Merkel received no response from the German leader.

By our reporter| Delta state governor and vice-presidential candidate of the Peoples Democratic Party (PDP), Ifeanyi Okowa, has explained why he accepted to be…

Bandits on Thursday invaded communities on the outskirts of the federal capital territory, Abuja burning two tractors and abducting 22 farmers. According to Daily…