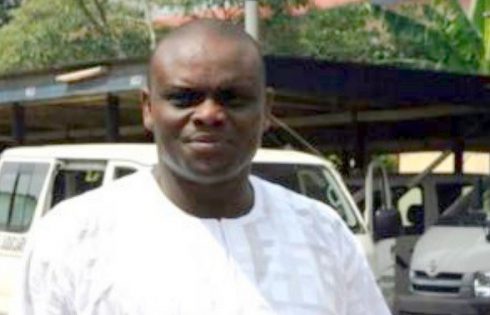 An oil marketer, Rowaye Jubril, is to spend the next 10 years behind bars after being convicted of an oil subsidy scam worth N963.7 million by a Lagos State High Court in Ikeja on Thursday.

Justice Lateefa Okunnu, who gave the sentencing also ordered the convict to refund the sum of N963.7 million, obtained fraudulently under the false pretext that he imported 13,500 metric tonnes of Premium Motor Spirit (PMS) into Nigeria.

Jubril, who began his jail term immediately, carried out the fraudulent activities from October 2010 to May 2012.

The Economic and Financial Crimes Commission, in 2012, on discovery of the fraud, charged Jubril and his company to court in November 2012, for which they were charged on 13 counts of various offences ranging from conspiracy, obtaining money by false pretences, forgery and falsifying documents.

The EFCC accused Jubril and his company of contravening Section 1(3) of the Advance Fee Fraud and Other Fraud Related Offences Act of 2006.

They were also said to have violated sections 467 and 468 of the Criminal Code Laws of Lagos State 2003.